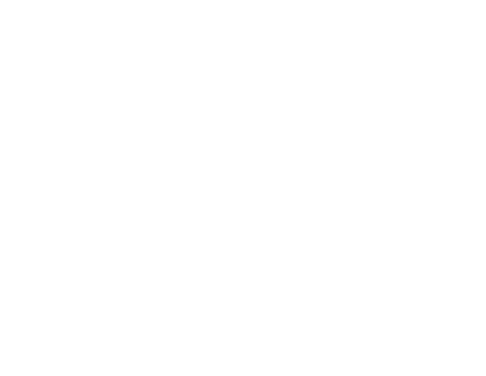 When New Horizons School was awarded a charter on June 27, 1995, it became the first charter school in Alberta and in Canada.

The idea to create this school specifically for intellectually gifted students began with parents from Strathcona County discussing the needs of gifted children with parents from Calgary, especially in response to the Government of Alberta’s educational reforms and cutbacks. Calgary offered the Gifted and Talented Education (G.A.T.E.) program within its public school system. Parents in Strathcona County envisioned a similar education program to meet the unique needs of their gifted children. Eventually, an educational package to form the basis of New Horizons School was developed by an educator (who was also a parent of children who had been enrolled in the G.A.T.E. program), in consultation with a number of educators.

The Education for the Gifted Society of Strathcona County was granted its first Charter, under the Elk Island Public Schools Regional Division No. 14, and opened New Horizons School in September of 1995. Staff, along with 79 students and their families, began the journey of developing a school that would enable academically gifted students to achieve excellence in an environment that supports the students’ unique intellectual, social and emotional needs. The principal, 1 full-time teacher and 5 part-time teachers taught the students in kindergarten through grade 9 who were organized into three multi-grade “pods,” as they were called.

In its first year of operation (1995-1996), New Horizons School was located in the Park Professional Centre, an office building, at 1604 Sherwood Drive in Sherwood Park, Alberta. One reason for choosing this location was because of its close proximity to amenities (such as the public library and the Recreation and Parks gymnasium) required to fulfill the school’s curriculum responsibilities.

The name New Horizons and the school’s first logo were created, in the fall of 1995, by a student who participated in the school’s contest to develop a name and logo for the new school. New Horizons School’s logo has changed twice since then.

During the second school year (1996-1997), New Horizons expanded to include more space in the lower level of the building and 102 students in Grades 1-9 were organized into multi-grade pods. Kindergarten was not offered that year due to low enrollment. In the fall of 1996, the Board began a search for a more appropriate facility as difficulties were being experienced at the existing location, such as a lack of playground space, unavailability of rental facilities in other schools, and complaints from other building tenants about the inevitable noise made by 102 students.

In August 1997, New Horizons School moved to the location of 3 Spruce Avenue in Sherwood Park. This building had been the Robin Hood School, built in 1968, and was leased to New Horizons by the Robin Hood Association. More than 80 parents and teachers spent hundreds of hours volunteering to prepare the building for the new school year. In its third year of operation, New Horizons saw its student enrollment increase to 150, including Kindergarten.

The facility on Spruce Avenue was in need of renovation, there were not enough classrooms to allow for one room per grade (even after portables were added), and there were no special instruction rooms for music, art, science, computers, and other uses. The facility had a gymnasium, kitchen, library (basically a closet), and administrative areas; however, these spaces were approximately one-third to one-half the size recommended in the School Infrastructure Manual and were therefore inadequate to meet student and administrative needs. This school also had no playground area of its own so New Horizons arranged to share playground space with an adjacent Elk Island Catholic school.

In its fifth year of operation (1999-2000), New Horizons School no longer operated in conjunction with the Elk Island Public Schools Division but rather began reporting directly to the Alberta Minister of Education. The Elk Island Public Schools Board of Trustees decided not to renew the school’s charter with their Board because of concerns with the charter school legislation and regulations.

In 2001, the school’s Society changed its name from Education for the Gifted Society of Strathcona County to New Horizons Charter School Society.

In 2008, instead of renewing the building lease with New Horizons School, the Robin Hood Association decided to renovate the building and use it as a Children and Youth Community Centre. Therefore, in 2008, after much work by dedicated School Board Directors and Administration to find another facility, New Horizons School moved to its third location of 53145 Range Road 222 in Ardrossan, Alberta.

In 2011, the writer of the school history to that point offered the following comment on the administrative leadership stability that New Horizons School was experiencing at that time:

Following extensive discussions and negotiations with the Elk Island Catholic Separate Regional School Division No. 41 and Alberta Education, New Horizons School relocated to the former St. Theresa Catholic School facility, located at 1000 Strathcona Drive in Sherwood Park, in the fall of 2015. This represented the fulfillment of the longstanding aspiration of the New Horizons Charter School Society to find a permanent, suitable school location in Sherwood Park. In the year leading to occupancy of the new school location, New Horizons, in collaboration with Alberta Education and Alberta Infrastructure, completed substantial renovations and improvements in the facility.

The physical move to the new school location took place in the summer of 2015, with classes beginning on August 31, 2015. The “new” school represented not only the fulfillment of a dream to return to Sherwood Park, but also provided an excellent gymnasium, a large, inviting and heavily-used Learning Commons, a commercial kitchen for use in Foods instruction, improved washroom and change room facilities, as well much improved administrative, office, and staffroom space. It also provided opportunity for enrolment growth, with the school seeing an enrolment of 250 students in the Fall of 2015, the largest enrolment in its history and a 14% increase over the previous year.

Enrolment continued to grow in the following years, reaching 350 students by September 2018. By that time, two classes of students were enrolled at each grade from kindergarten to grade 6, with one class per grade thereafter. In fact, in the five years following the school’s return to Sherwood Park, the New Horizons Charter School Society was among the fastest growing school jurisdictions in the province, with year-to-year growth exceeding 10% in five consecutive years and the school’s enrolment almost doubling during the time period.

Together with growth in enrolment came an expansion in staffing. The position of vice principal was created in January 2016, a music specialist was added in September 2017, and classroom teaching positions were added as needed. A contract maintenance worker (part-time) was also added on the occasion of the move to a new facility. In the late fall of 2018, the school retained 32 full- or part-time staff members, in either employee or contract positions.

With almost $8 million in financial support from the Government of Alberta, a major modernization of the school facility was undertaken beginning in the fall of 2016 and continuing until November 2017. The modernization included the following key components:

Following completion of the modernization, a Grand Re-opening Celebration was held on September 12, 2018. Dignitaries in attendance included Sherwood Park MLA Annie McKitrick (who also served as Parliamentary Secretary to the Minister of Education), Education Deputy Minister Dr. Curtis Clarke and a host of others. It was a time of great celebration for the 353 students, 30 staff, and many guests who attended.